What is Fintech and why is everybody talking about it? 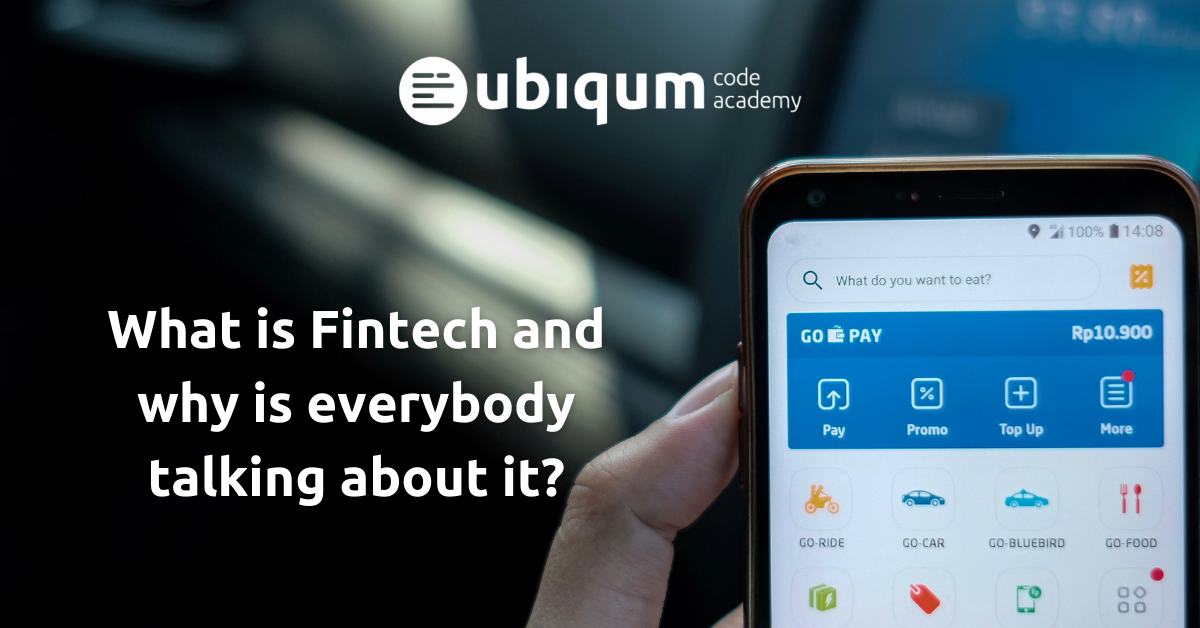 If you haven’t heard of Fintech, you might at least be able to guess what it is — financial technology. But even then, understanding the amount of opportunities it brings is another question entirely.

The blend of finance and technology is an exciting field that combines the education focuses of Ubiqum Code Academy, and our partner Geneva Business School. With all the Fintech buzz going on at the moment, it is easy to feel confused, but if it sounds like a complicated, far-off tool that you wouldn’t use in your day to day life, you’d be surprised to learn you probably already do.

The industry covers Google Pay and other peer-to-peer payment apps, buying and selling cryptocurrency, and crowdfunding. So to get an idea of what Fintech is, and what it means for the future job market, read on.

In short, Fintech is the result of using cutting-edge technology to improve financial services. Yet another example of an industry being totally transformed by data science, Fintech covers a huge amount of data-driven applications, from blockchain and cryptocurrency to crowdfunding, mobile payments, budgeting apps, and insurance.

The Fintech industry has been humming away in the background (or the back-end at least) for the past couple of decades, but it is only in the past few years that it has upturned the consumer market and become such a buzzword.

Its recent popularity is largely due to the improved control it gives consumers over their finances. By using software and machine learning algorithms, a vast array of apps have democratized finance for people all over the world. 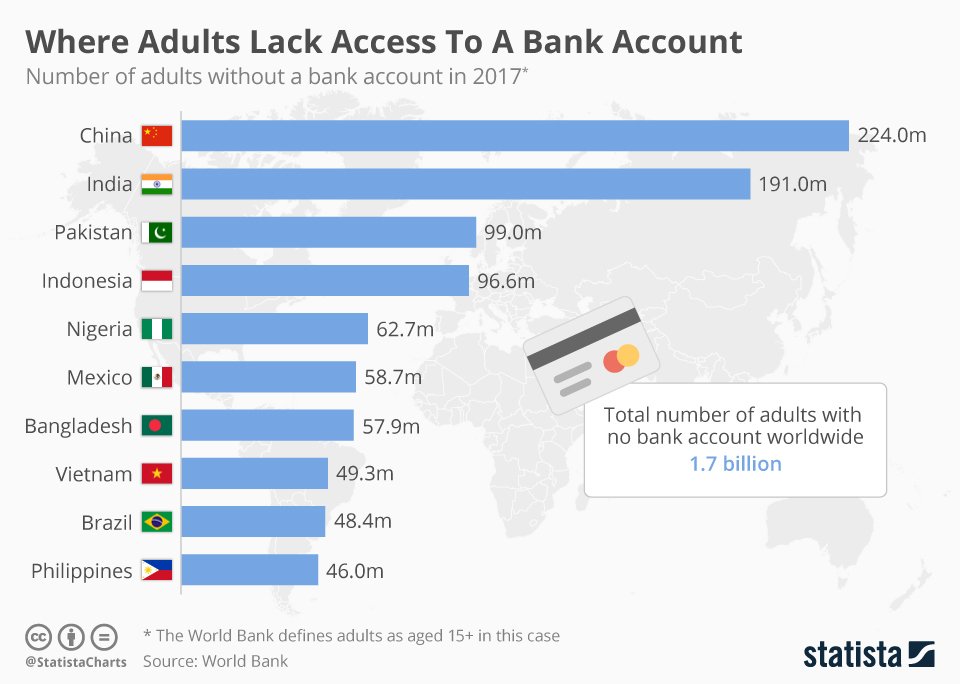 Total number of adults with no bank account worldwide. Statista, 2017.

In 2017, there were almost 2 billion people worldwide who didn’t have a bank account, and the shift away from traditional banks has opened up opportunities that would have been out of reach just a few years ago. Being able to apply for an online bank offers people the opportunity to take out a loan, launch a business, and move forward in ways that simply weren’t possible when they had to use unreliable physical banks.

There is an ever-growing amount of mobile finance apps on the market right now, and their growth is showing no signs of slowing down. Mobile banking apps have gone from nothing to an essential part of every bank’s offering in a matter of years, which is great news for app developers and data analysts.

Fintech and the democratization of finance

Once the customer-focused applications of Fintech began, the rest followed like a waterfall. Paypal was one of the first major independent players in the game, seriously reducing the amount of time and fees involved in sending money.

Another big hitter that arrived on the scene in 2010 was Wise (then called TransferWise), which eliminated a lot of the previously exorbitant costs of transferring money from one currency to another. By using algorithms to constantly track the currency market, Wise removed the rates previously set by banks, and ultimately took a significant leap towards the democratization of finance.

The wave of tech in financial apps doesn’t just stop at banking apps either. Mobile transfer apps such as Bizum, Venmo, as well as Google Pay and Apple Pay are becoming more and more widely used for peer-to-peer and contactless payments, and all of them reply on complex software and algorithms to keep them running.

Budgeting apps is another area that has seen a rise, with dedicated apps on the market as well as budgeting software built into mobile banking. With easy-to-use UX and UI, designed by software developers, regular people don’t need to learn the ins and outs of spreadsheets to take real control of their own finances.

Furthermore, crowdfunding platforms, such as Kickstarter, Patreon, and GoFundMe have allowed innovative people to bypass the traditional route of going to the bank for a loan to launch a project. With this variation of Fintech, projects can get off the ground quickly from anywhere in the world. For example, Oculus Rift VR headsets, which was later bought by Facebook, began its life on Kickstarter. 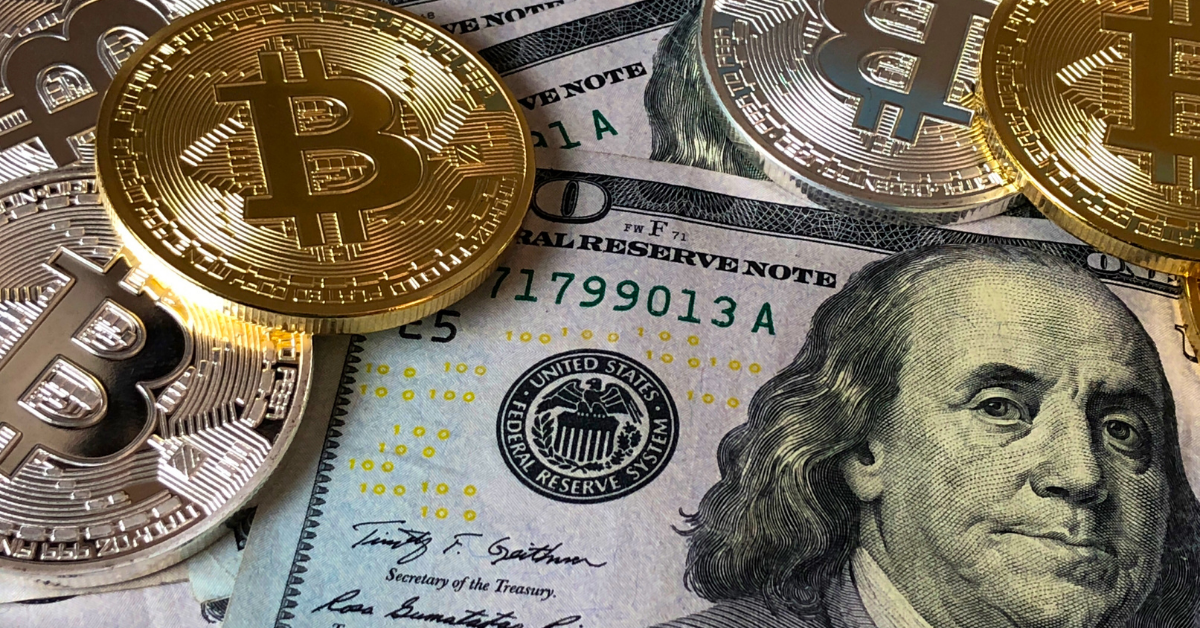 Cryptocurrencies continue to grow in number and value

Data analysis and machine learning is at the heart of cryptocurrency, from the mining itself to predictive models and crypto trading bots. As data on the markets is collected, machine learning algorithms can also go on to predict fluctuations to a much more accurate degree than the guesswork of last century.

All of these new job markets are desperate for high quality data scientists to provide solutions to current problems, but the industry is continuing to grow into new areas.

Blockchain, the technology behind cryptocurrencies, has gone to new heights recently, with a boom in non-fungible tokens (NFTs). NFTs have solved a problem as old as the internet — the ownership of digital content. While NFTs are spreading throughout a range of industries, the main field they have influenced is the art world, which Geneva Business School students learn about on their MBA in Fine Art International Management.

Living as part of the blockchain, an NFT is proof of ownership for artwork and even memes — something that was impossible until coders set their minds to finding a solution.

Is there any end in sight to the growth of Fintech?

As we’ve seen here, data science and software development are not just improving current processes in Fintech. With NFTs, crowdfunding, and new ways of moving money around, coders are opening up completely new areas for the world of finance.

The shift in power from banks and the traditional stock market to common people is showing signs of a bright future, and the possibilities are endless.

If Fintech sounds like an area you’d like to work in, one of the best ways to start is with the Data Analytics & Machine Learning bootcamp at Ubiqum. You’ll learn languages like Python and R that drive the algorithms behind these exciting new technologies.