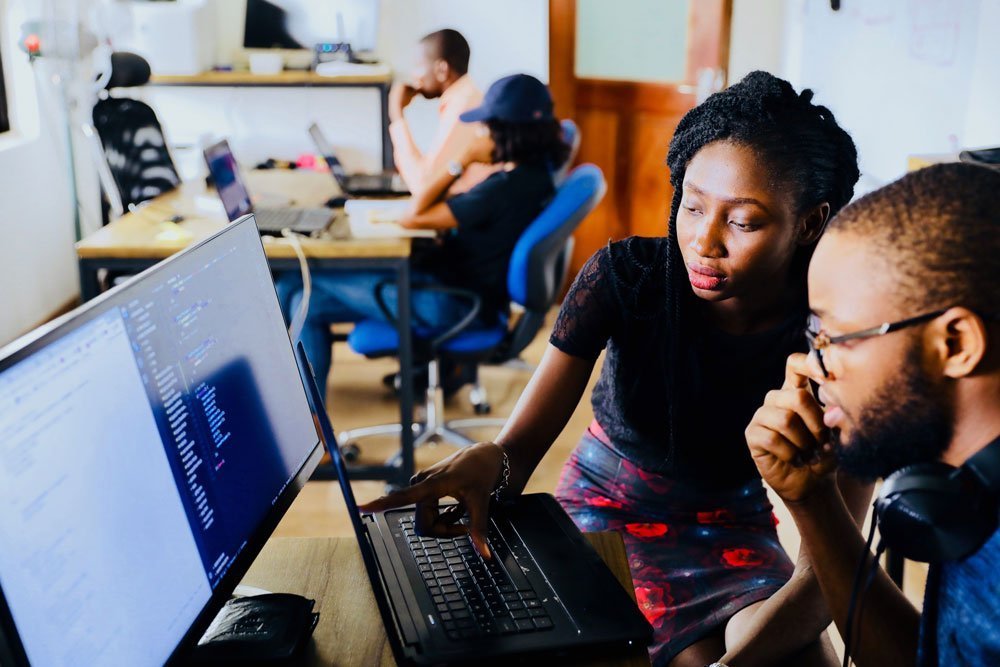 Have you heard about the very high and apparently always growing demand for programmers, web developers and tech talents around the world? Do you want to join a coding bootcamp in Amsterdam and learn the skills that it takes to become a web developer and land one of those exciting jobs?

The good news is that doing it is absolutely possible, and it has been proven by many people, not only those who were born with a computer; but by many single mothers, people with years of experience in completely unrelated fields, and many others; who got a job as web developers without a college degree.

And did you know that being a good web developer and programmer also opens you the doors to work abroad? The Netherlands, for example, and its capital, Amsterdam, is facing a shortage of developers; which means that you can learn the necessary skills, and get a job in one of the most beautiful cities in the world.

Why learning web development in Amsterdam?

Right now it’s a great time to become a web developer, because the jobs are plenty, salaries are quite good up to very high, and overall, the challenges face in a day of work in tech are often exciting, and keep people motivated.

The other great aspect, which might be overlooked by some people, is that working in tech opens the possibilities for those with a wanderlust or just the desire to move to a different country and still be able to make a good living.

Amsterdam is a city that many people want to visit, and that many of those want to stay at. The Netherlands is a great country, biking around is good for health and for the environment, and the tech culture in Amsterdam is vibrant, which can be inspired for those learning code.

This is why Ubiqum Code Academy opened a new campus in Amsterdam in 2018, and it has been a great opportunity and learning experience for Dutch people, Amsterdammers and people from other countries alike.

Become a web developer with Ubiqum Code Academy in Amsterdam

In Ubiqum Code Academy, we believe in the value of a multicultural experience. After all, the world of tech, and the progress in computer science and software development have been shaped by people from many different places in the world.

The Netherlands have proven to be an important place for computer science and software development. As a matter of fact, Guido van Rossum, creator of the Python programming language, and Ton Roosendaal, creator of the Blender 3D computer graphics software are both Dutch.

But The Netherlands and its beautiful capital Amsterdam, are also home of many international companies and tech startups with innovative ideas, and surprisingly, they have been facing difficulties to hire new developers. There’s a shortage of tech talent in The Netherlands.

These facts make studying code and web development in Amsterdam with Ubiqum and amazing opportunity, because you’ll have all of the important learning values of our Code Academy, well integrated with the vibrant tech culture of the Dutch capital.

In a normal day studying web development in Ubiqum Amsterdam, you’ll feel as if you were already a professional web developer, because you’ll be learning by doing, without teachers, but mentors who will help you and advice you, instead of pressuring you, and no grading, just exciting and real-world projects to work on.

And, by being in Amsterdam, you’ll have the opportunity to experiment the life of a working web developer in an important startup hub in Europe, and you’ll be able to connect with other like-minded people, and even get know your future employer while you are learning.