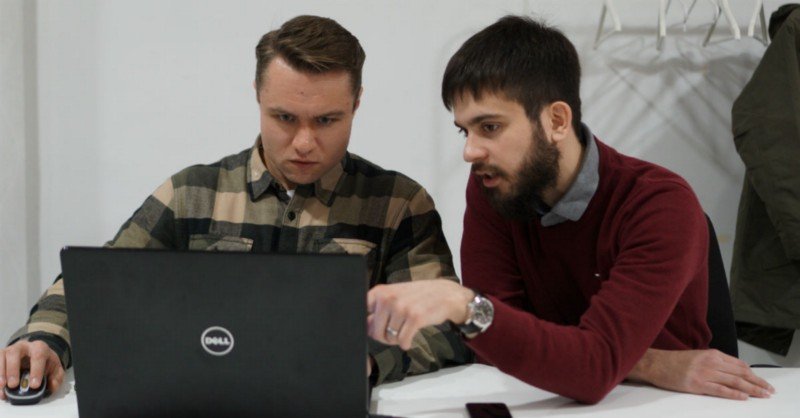 In this series, you’ll be able to get to know the Ubiqum Code Academy team, our Java Web Development course and hear what it’s like to work as a Mentor in one of their bootcamps.

In this article, we talk to one of our Java Web Development  Mentors, Bruno, who discusses his love for programming and video game development. Presenting programming as a way of thinking and stressing the fact that everyone can achieve big things when they start small, Bruno highlights that it is never too late to learn how to code. Read on and see why the Ubiqum Code Academy courses are perfect for beginners. 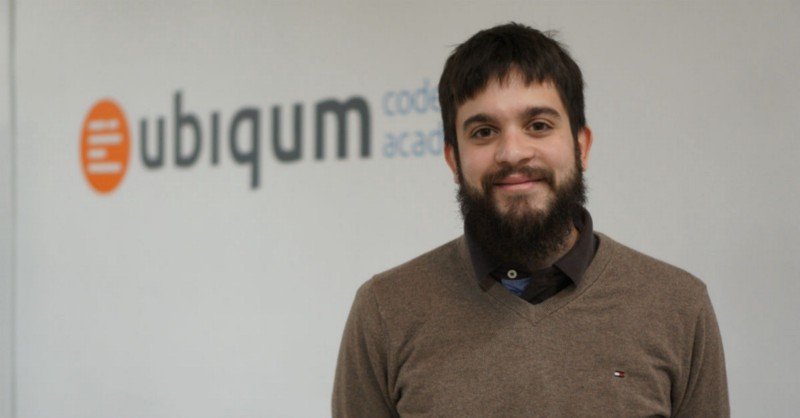 When did you first start coding?

I first started coding in my first year of university on a course where I was taught about Visual Basic for Applications. I enjoyed it a lot so I ended up programming the card game Blackjack in Microsoft Excel. But then, after a gap of six years, I started coding again for iOS, and later on, making simple games with C# within Unity game engine.

What were the challenges you encountered?

As any new comer, I faced the challenge of changing my mindset towards a more programmatic way of thinking. This means realising that everything has to be “dumbed down” for the computer. With that out of the way, another big challenge was getting over the daunting feeling of realising how big and complex the world of programming can be. It is important to realise that it is almost impossible to know every single language and every single library there is, and that’s perfectly fine. Once I had the right mindset, the never-ending challenge presented itself: How to solve the current problem in front of you; But that’s the life of a Programmer and this constant challenge is exactly what makes programming so addictive.

In your opinion, what is the best programming language to start with and why?

I believe that a scripting language like JavaScript would be the best choice for someone completely new to programming. It allows you to focus on altering your thought process towards a programming mindset without having to worry specifically about the implications of variable types and return types (which are important, but not for when your starting out with programming). Once you have understood the way that computers “think”, then it’s good to move towards a strongly typed language like Java or C#.

For those who might be put off, why is programming fun?

Knowing how to program gives you the ability to build anything you want. It mixes the initial struggle of coming up with a way to solve a problem with the intensity of building it and then the joy of watching the finished product doing exactly what you wanted (that is after solving a few bugs that always appear…). This process is comparable with the fun of playing with Lego as a child, where you had to properly select the pieces you were going to use and then join them together in the right order to build whatever your imagination desired.

You’re studying video game development. Can you tell us a little about that and how it relates to what you do at Ubiqum Code Academy?

I’ve always had a passion for games, programming and loved pushing my mind to the limit. These three things come together in game development, where you really have to think about optimising your code as much as possible to get the best performance possible. This aim towards always writing better performing code is something that is also important for web development where you want your web applications to load fast and give the user a nice experience. Hence, most of the concepts of optimisation that can be applied to game development also find a place in web development, and we share this with the Developers moving through the course.

What would you say to someone who wants to get into video game development or programming but has no experience?

Start now! Literally. Start working on something really small to begin with. Reading the resources is important but not as much as actually working on a specific project. Decide on something you want to achieve and read about how to solve it. I cannot stress enough the importance of starting small. As a beginner, you should try to aim for really small projects — things that you could potentially tackle in one or two weeks. It is much better to have five small finished projects than having one very big, incomplete and potentially demoralising and daunting monster of a project. 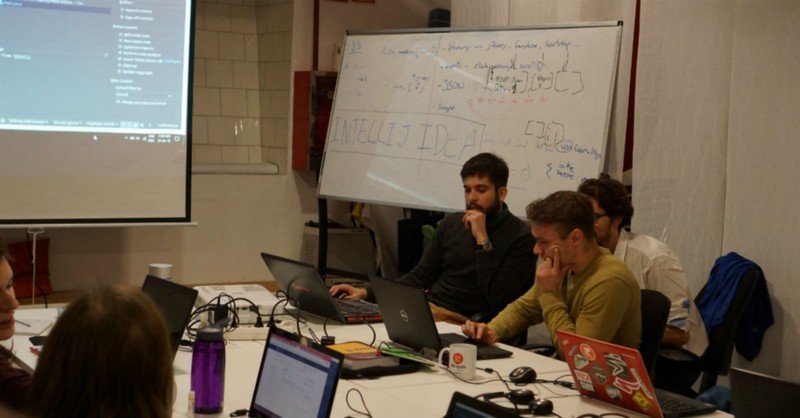 Why is Ubiqum’s Java Web Developer bootcamp perfect for beginners?

On the Java Web Developer program, the new Developers get a well-structured learning plan. They are given different projects to work on, with a growing level of complexity and size. There are no theory-centred lessons or anything of the kind, rather, the Developers are provided with a set of resources that will assist them in solving the specific issues they face during the different stages of each project. That is what gives the Developer an edge, because it is very easy to quickly acquire new knowledge when you are directly applying the concepts and tools.

What’s the best project you’ve seen from the Programmers who attend Ubiqum?

One of the Developers who attended the Java course at Ubiqum really worried about having a nice design when he built his final project (a two-player battleship game). Sometimes, Developers focus so much on the code that they forget about the appearance of their product. It takes some time and effort to properly style a web application, but it’s totally worth it when the end result is an application that is pleasing to the eye.In this particular case, the welcome screen of the game looked really professional; it had nicely timed transitions and animations to display the game’s title, followed by some background music. The game itself was also styled to resemble the battleship board game and really gave you the feeling of having a complete application.

Thank you very much Bruno!