Learn to code changed my life 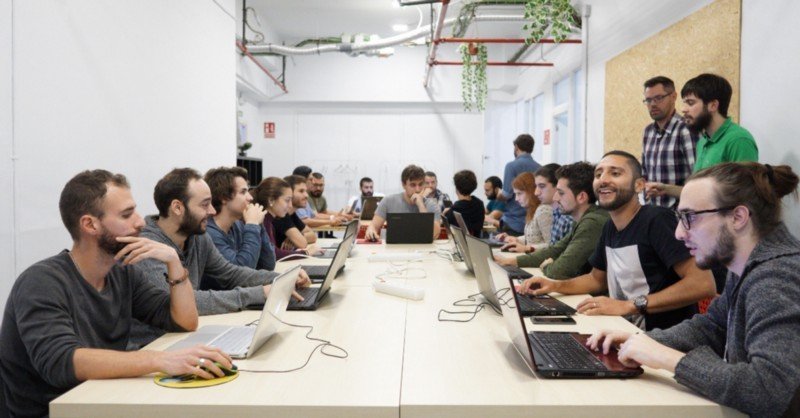 A graduate of economics and business management who wanted to learn to code, I’m not what you’d call a “typical programmer”. But then again, what is a typical programmer? After meeting so many career changers like myself, I’ve come to the conclusion that this simply doesn’t exist.

Like many, I came out of university with a degree and a whole lot of frustration. I’d put four long years of my life into something that offered me quite an unappealing career path. I felt lost and quite resentful towards the institution that consumed four years of my life. So I did what many do in this situation, I started working in something totally unrelated to my degree and hated it.

One day, I was watching a really bad film (I won’t mention the name because it’s that bad!) and there was a line in it that said “If you want to change your life, you have to know how to program”, and this resonated with me so deeply that it sparked my career change.

I’ve now come a long way since that light bulb moment a year and a half ago. I’m now a mentor for Ubiqum Code Academy, helping others learn to code and launch their careers in tech just like I did.

Like almost everyone who enrolls on the program, I had zero programming experience, all I knew was that an H1 tag in HTML was a title, and that seemed like a lot. But, after just two weeks, I’d built my first website in HTML and CSS. I was proud, though my ability to select complementary colours would need some work. 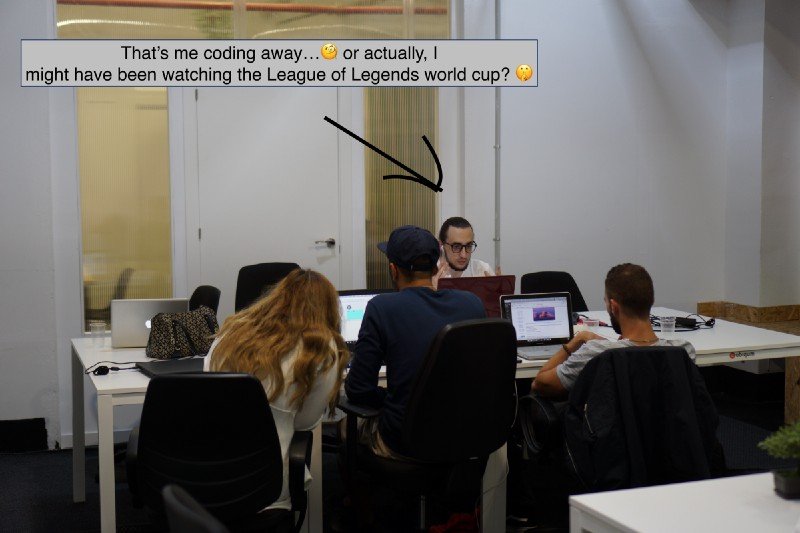 With programming, you encounter a new challenge every day as there are always complex problems to face and overcome. The great thing about learning to code is that because you’re constantly learning new functions and ways to do things, you don’t necessarily realise just how much you’ve learned until you put it all into practice on a project. And I can tell you that the feeling you get when you see the tangible results of the skills you’ve learned is amazing. Something else that is truly motivating is looking back at your first weeks on the program when you’re in the fifth month and about to finish — that’s when it really sinks how much you’ve learned.

As a mentor on Ubiqum’s Web Development with Java Program, I love seeing people from all backgrounds learn how to code and change their career paths. It’s very rewarding seeing them evolve. I’ve come across people who’ve previously worked as a philosopher, a sound engineer, or even as a musician, and they’ve all really impressed me. There are those people who have no coding experience and just take to it like a natural and there are those who need a little more guidance, but that’s what the mentors are there for.

It takes most people some getting used to but there’s no teaching or lectures on Ubiqum’s programs. You don’t learn one topic one week and then forget about it until six months later when you have an exam to pass. Instead, you’re constantly revising, perfecting and consolidating what you learn as you use it to carry out real projects. When you tell someone that in five months they’ll have learned the necessary skills to become a programmer, they don’t believe you. But it’s true and it’s really incredible just how much people can learn with the right methodology and environment.

Why should more people learn to code?

Every day, as new software and technologies are created, the demand for developers and software engineers goes up. If we don’t train people in the right skills now, we’re going to face an even bigger skills gap. I think a lot of people are put off learning to code because they think it’s too difficult and that if you didn’t start when you were 12 then it’s too late, but that’s not true at all.

My advice to someone who has come to the conclusion that, after four years at university, they’re not on the right path: don’t sign up for another degree. People assume that this is the only way to start a career, but that’s not the case. Nowadays, with the technological evolution, there are so many new skills to learn and much more effective ways to learn them than at university. For me, that skill turned out to be learning to code and I can honestly say that it changed my life.