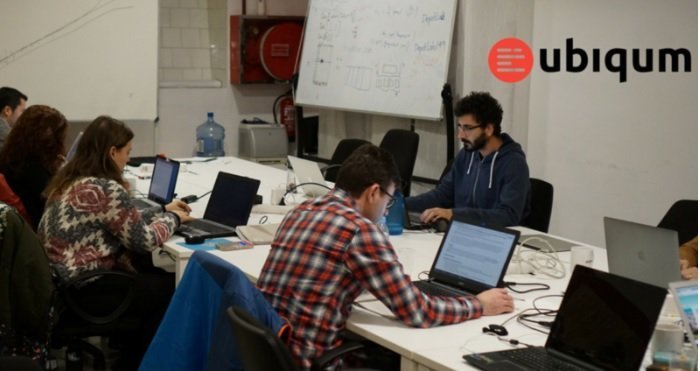 The Java community is one you want to be a part of. It’s tight, it’s inclusive and with it’s ever-growing membership, it is a very useful one for those in the world of web development. Imagine, you hit a brick wall with nowhere to code — who do you turn to? Your fellow Javaists of course! Who better to hit up than comrades who’ve gone through the same battles in times gone by, only to come out the other end with another spanner in their tech toolbox?

Java Developers are keen to share their knowledge and expand their community, doing so by assisting Rebellabs with their 2017 Developer Productivity Report. In the report, you can find out about which tools are favoured by developers and they reveal the most popular programming language and web frameworks used to construct responsive web applications. So if you’re a beginner starting out in programming and web development, don’t go anywhere. This article will point you in the direction of three of the best tools used by web and java developers, and it just so happens that they are the very same we use here on our coding academy bootcamps.

So, what does the report say and where does it draw its information from?

Surveying Software Developers and a number of other team members from 103 countries around the world, it is a rich and highly useful report for those working in technology or IT. What’s more, the participants have a significant amount of experience under their belts, meaning that we can trust that the opinions come from people who really know what their talking about.

A 40 page long report, we wanted to highlight some of the most important facts we took away from reading this study in order to assist budding Software Developers and people who find themselves at a loss when it comes to deciding on the best programming language to use or the most popular web frameworks out there. 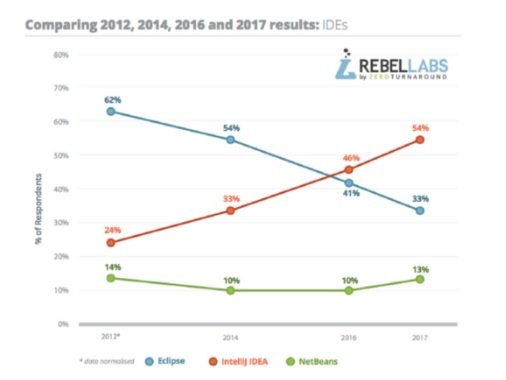 The results show that there are three leading Java IDEs: Eclipse, IntelliJ IDEA and NetBeans. Of these three, it reported that between 2012 and 2017 IntelliJ IDEA has seen a constant increase in popularity by respondents, now favoured by 54%. Eclipse, though favoured by developers in 2012, has seen a sharp decline in popularity, and no doubt in use. At Ubiqum, we’ve always been fans of IntelliJ IDEA, using this IDE in our Java Web Developer boot camp as it provides you with the very best coding assistance when working with Java.

When it came to announcing the best programming language, we weren’t surprised. Naturally, the Java community kept it very… Java, naming Java 8 the most popular programming language with 74% of the votes. Java 7 and older followed with 21%, leaving behind Groovy, Scala, JavaScript and Kotlin.

Another interesting question asked in the report was “What application stack do you use” only to reveal that one in two developers base their code on Spring (most famous for the Spring Framework which is a web framework). 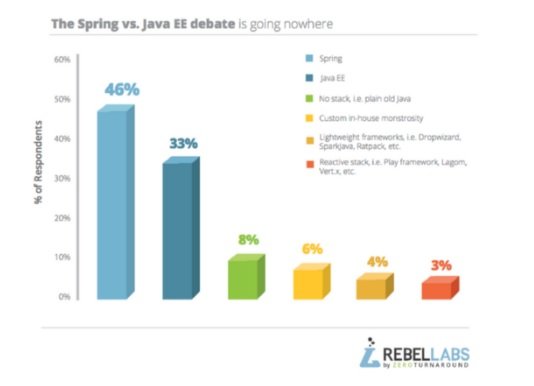 So there you have it, the best programming language, the top web framework and the preferred IDE based on the experience of Software and Java Developers. If you want to really get to grips with any of the computer software mentioned in this article and be trained as a Junior Web Developer, we have just what you’re looking for. At Ubiqum, we base our teaching around the most widely used technologies and software available, turning a complete beginner into a professional in just 800 hours. You’ll learn all you need to know about coding, ultimately mastering Java, Spring and IntelliJ IDEA and creating your own web page.

Find out more about our Java Developer bootcamp on our website where you can download the complete syllabus.